Perched in China’s remote alpine region is a tiny terraced lake which is so pristine it goes by the name of Goddess. Locals from the nearby Tibetan village of Dalu liken it to a large chunk of precious jade.

When the morning sun peeps from behind the snow-capped peaks, the waters of Goddess Lake turn a turquoise so brightly mixed with yellow and green you’d swear the floor was covered with spectacularly coloured ceramic tiles. If not for the ripples created by the breeze, the surrounding mountains and heavily forested slopes of pines would be mirrored perfectly in the crystalline waters.

Jiuzhaigou Nature Reserve, in the far northern reaches of Sichuan province towards the Tibetan border, is one of the world’s natural treasures, a virtual photographer’s paradise. However, if you believe it is the only region in China worth photographing think again.

Jiuzhaigou is one of a large number of scenically splendid areas of China, a vast country that thrives on offering contrasting sights for the camera-snapping visitors.

You can only imagine the delight on first seeing the sharp-rising Three Gorges on a Yangtze River cruise, or on witnessing the whirlpool-like rapids which churn up narrow Tiger Leaping Gorge, very much near the source of the Yangtze.

Then there’s the scattering of piercing limestone peaks in and around a green Guilin in the Guangxi Zhuang Autonomous Region which borders Vietnam in the country’s south (very much like Vietnam’s Halong Bay on land), Huangshan or Yellow Mountain in China’s east, renowned for its sunrises and jutting granite peaks, and the Jade Dragon Snow Mountain, which soars towards the heavens to overlook the ancient cobblestone streets of Lijiang in Yunnan province, again in China’s south.

Also in Yunnan, about 80kms from the provincial capital of Kunming, is the much-admired and photographed Shilin National Scenic Region or better known as the Stone Forest which spans across an area stretching around 350 square kilometres.

Of particular magnetism in this region are the Greater and Lesser Stone Forests, also known as the Lizijing Stone Forest – 80 hectares of strange, naturally-shaped limestone pillars. These tall rocks appear to emanate from the ground like stalagmites in a limestone cave with many looking like petrified trees, thereby creating the illusion of a forest made of stone.

On most days, the main section of the grey limestone maze is crowded by tourists, but if you go off the beaten track for a quiet stroll, you’ll experience a more tranquil and inspiring side to the park of giant karsts and pines.

Only the buzz of a passing bee or the whistling of the wind in the spruce trees breaks the silence as you marvel over the sculptured works of Mother Nature. Six years ago, two sections of the Shilin National Scenic Region – the Naigu Stone Forest and Suogeyi Village – gained UNESCO World Heritage listing, very much worth its weight in stone.

Sichuan’s Jiuzhaigou, which translates to Nine Village Valley, may be a lot more difficult to pronounce than the Stone Forest, but the superlatives that go with its natural charm are easy to roll off the tongue.

The valley is a part of the Min Mountains on the edge of the Tibetan Plateau and stretched across 72,000 hectares.

Goddess Lake, which has a high concentration of calcium carbonate, is a link in a glistening chain of 118 lakes that carry names like Mirror, Tiger, Panda, Swan and, appropriately, Five-Coloured Pool – all more than 2000 metres above sea level.

Goddess Lake isn’t the easiest lake to reach. But because its’ 120km from the park’s entrance, it’s among the least visited and is as appealing for its lack of crowds as it is for its natural beauty.

Not surprisingly, Jiuzhaigou is also UNESCO World Heritage site which is as well protected as the endangered pandas, leopards and golden monkeys which also call the reserve home.

In summer, the waters from the lakes cascade into streams and rivers that, ultimately, feed into the mighty Yangtze River for its long journey towards Shanghai and the Pacific Ocean. During the chilly winter months, many of the lakes are frozen, many of the waterfalls resembling giant stalactites.

Jiuzhaigou is in an area of Sichuan province where the original Great Wall stands weathered by time and locals travel to the market often by horse and cart – a far cry from bustling Shanghai, Beijing and Guangzhou.

Astonishingly, to reach this remote corner isn’t as arduous as you’d think, and the major hotels are a far cry from primitive – more like resorts than mere bed and breakfast. Regular flights take around an hour from the Sichuan capital of Chengdu, and the transfer to the hotel is equally swift along freeway style conditions.

A word of warning, though: As the airport is on a plateau more than 3000 metres above sea level, visitors may need to get accustomed to the thinner air before venturing around the area. Take the initial steps cautiously or you could soon become breathless – this area has mountains more than 4000 metres high.

Jiuzhaigou isn’t widely known in the western world, but the Chinese have been familiar with its alpine charm for around 40 years. In their eyes, the reserve is not a treasure trove, it is nature’s gift. With authorities bent on restricting the number of guests, it is sure to remain that way under its World Heritage protection.

It’s hoped this scenically dazzling region with uts glistening lakes, soaring mountains and fascinating wildlife will remain intact for future generations to see and experience – with or without the camera snapping. 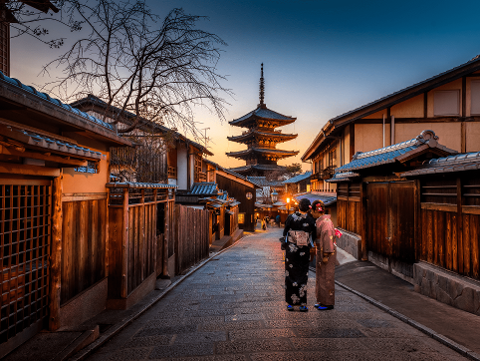